The founding of the All India Postal & RMS Pensioners Association is an historical event in the history of Indian Postal Pensioners. This Organisation will provide the ammunition for the justified battle for defending the Pension rights and other Social Securities of all Pensioners.


We want all the Pensioners Organisations of Central Government Employees shall come under a single platform of unified action - NCCPA.


We work in the direction of all Pensioners belonging to Central Government, State Government, Teachers, PSUs like BSNL, Banks, Insurance as well any other sections like Government Transports, Electricity Boards  come under a united platform of defence against the actions of Governments in nullifying the entire Social Security and Pension by privatising the Pension and opening it to share market risks inviting inevitable crisis. This unity of all Pensioners Organisations and the entirety of the Indian Working Class is inevitable if we really want to defend our Pension rights.


Let all the Pensioners of Postal Department raise our voice.


Let all Pensioners of Postal Department join an organisation.

The Department of Posts is one of the largest Central Government Departments next to Railways and Defence and the strength of Pensioners of Postal Department is also one of the biggest in the country. NFPE in its 9th Federal Council had resolved to extend full support and solidarity to the efforts of mobilizing the entirety of Pensioners of Postal Department, especially in the specific background of very serious attacks on Pension and Social Security of all Pensioners and Government Employees under LPG policies of Central Government. We also note with concern that despite the existence and functioning of different Pensioners’ Organizations in the country, more than 80% of Postal Pensioners remain unorganized.

This weakness has to be eliminated in order to combat the attacks on Pension and Social Security. Mobilization of all Pensioners of Postal and RMS disregarding their union affiliations in the past is the need of the hour.

In this background, the National Federation of Postal Employees extends all support to the endeavor of mobilizing the entirety of Pensioners of the Department of Posts in the country by our retired Comrades, who have served in various capacities in the Postal Unions in the past.

The name of the new Organization will be All India Postal & RMS Pensioners Association.

A Steering Committee formed by the senior retired comrades and headed by the under-mentioned comrades with the former Secretary General of NFPE Comrade K.Ragavendran as the General Convenor should be rendered all assistance and help by the entirety of NFPE Organizations at all levels in order to build a strong organization for the Postal Pensioners.

All are requested to extend total cooperation in the endeavor to build a strong organisation for the Pensioners of Postal Department.
Comradely Yours,
M.Krishnan
Secretary General NFPE
Posted by Postal Pensioners at 04:48 No comments: 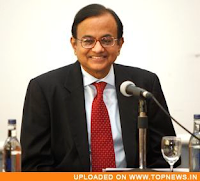 FINANCE MINISTER ANNOUNCES GOVERNMENT DECISION TO CONSTITUTE SEVENTH CENTRAL
PAY COMMISSION
Today the Honourable Finance Minister Shri.P.Chidambaram has announced that the Central Government has decided to constitute the 7th CPC for CG Employees.
He also said the date of effect will be from 1.1.2016 and that the terms of references will be finalised after discussions with the Staff Side.
We welcome the Government decision to constitute 7th Pay Commission. We also welcome the decision that the terms of references will be finalised after consultations with the Staff Side.
We on behalf of the All India Postal & RMS Pensioners Association express that the Government also should come forward to include the items of Pensioners in the terms of reference and that there should be an opportunity for the Pensioners Organizations to express their opinions on this before finalisation of the terms of references.
We the All India Postal & RMS Pensioners Association also feels disappointed that while the Government has come forward to accept the demand of the CG Employees Organisations has kept silent on the vital issue of merger of 50% DA with the Basic Pay for the serving the Government Employees and with the Basic Pension for the Pensioners. This demand is very important in the background of the escalating prices of all essential commodities and the real value of pension and pay have got reduced very much.
We request the Government to come forward to take a positive decision on the issue of merger of DA / DR as the case may be and also request all organisations of CG Employees and the Pensioners to raise their voice strongly demanding the merger of DA immediately.
Posted by Postal Pensioners at 04:25 No comments:

The reconstituted SCOVA met on 20.09.2013 under the chairmanship of Honourbale V.Narayanasamy MOS. In the background of the judgments in various Courts especially in the background of rejection of SLP filed by the Government of India in the Supreme Court, expectations were rife amongst the pre-2006 HSG-I pensioners that their pension will be upgraded to 4600 GP corresponding to the elevated scale of 7450. However, the trend shows that the Official Side had stated that Whether the grade pay of Rs.4600/- is to be treated as the grade pay corresponding to the pre-revised pay-scale of Rs.6500-10500/- or it is to be treated as upgraded grade pay. (ii) In case, Grade Pay of Rs.4600 is to be treated as grade pay corresponding to the pre-revised pay scale of Rs.6500-10500/-, the pre- 2006 pensioners who retired before 2006 would be entitled to the benefit.  Everyone know that the Grade Pay corresponding to the pay scale 6500-10500 is only 4200/- and not 4600/-. The Government is sticking on its earlier position that as like after V CPC, pre-2006 pensioners will be entitled only to equivalent pay scale to the pre-revised scale and not to the upgraded pay scale if any. The benefit of upgraded pay scale will be extended only to post-2006 cases. This appears to be the stand of the Government. We cannot accept this interpretation. The battle must go on.


We are providing the link below for those who are interested to view the entire subjects discussed in SCOVA and the trend of discussions thereon.


Click on the following link to read the full agenda and discussion trend: