AS 7th CPC is expected to submit its recommendations within the next four months, Comrades are requested to expedite filing Pensioners Cases for III MACP in CAT early.

OA FILED IN A  CASE IN CHENNAI CAT IS AS FOLLOWS:

ORIGINAL APPLICATION UNDER SECTION 19 OF THE
ADMINISTRATIVE TRIBUNAL ACT, 1985.

2.   JURISDICTION OF THE TRIBUNAL:

The applicant declares that the subject matter of this application is within the jurisdiction of this Hon’ble Tribunal.
3.   LIMITATION:

VERIFICATION
I, V.R. Venkatesan, son of V.K. Ramamurthy, aged about 66 years, residing at A/3, Kailash Flats, 1st floor, No. 5, Siva somkeram street, Rajaji Nagar, Jamin Pallavaram, Chennai – 600 043 do hereby verify that contents of 1 to 4 and 6 to 10 to be true on my personal knowledge and paragraph 5 is believed to be true on legal advice and that I have not suppressed any material fact.


Posted by Postal Pensioners at 19:09 No comments:

All other details are available in the undermentioned Reception Committee Notice: 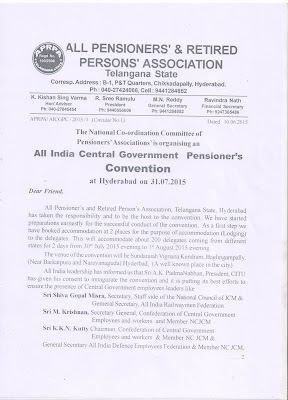 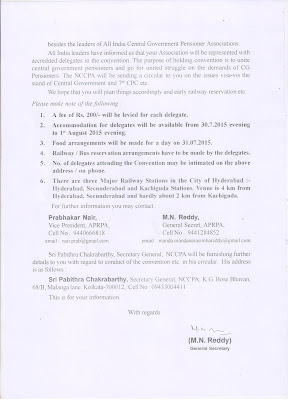 Posted by Postal Pensioners at 05:39 No comments:

TWO-DAYS STATE WORKING COMMITTEE OF
AIPRPA TAMILNADU IN SESSION
ON 16TH AND 17TH JUNE, 2015 AT DINDIGUL


A State Working Committee meeting of AIPRPA Tamilnadu State has been convened on 16th and 17th June, 2015 under the presidentship of State President Comrade M.Kannaiyan at Dindigul.

The Reception Committee headed by Dindigul District President Comrade Adimoolam and District Secretary Comrade V.Rajaram has made excellent arrangements for the State Working Committee. The meeting is held in Pitchandi Buildings, near HPO Dindigul.

Comrade N.L.Sridharan Tamilnadu State Coordinating Committee of Central, State Government & Public Sector Pensioners Organisations inaugurated the session. Comrade C.K.Narasimhan Circle Secretary of All India BSNL & DOT Pensioners Association addressed the session in the forenoon. The Member of Tamilnadu State Assembly representing Dindigul Constituency Comrade Bala Bharathi attended in the afternoon session and greeting the State Working Committee with  her special address. Among others the Working Committee was attended by the Senior most leader and Patron of the AIPRPA State Organisation Comrade A.G.Pasupathi, who paid floral tributes to the portrait of late lamented leader Comrade S.K.Vyas at the commencement of the session in the morning.

A Work Report was placed by the State General Secretary Comrade K.Ragavendran and all the District Secretaries or State Office Bearers of each District / Division have deliberated on the Work Report in the first day session. 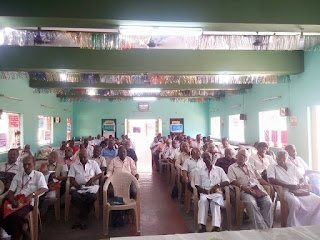 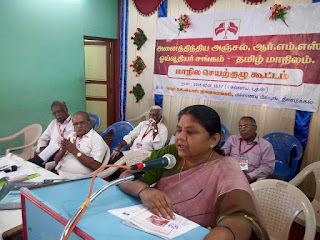 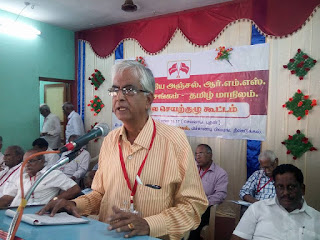 Posted by Postal Pensioners at 10:31 No comments: 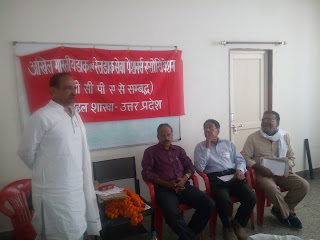 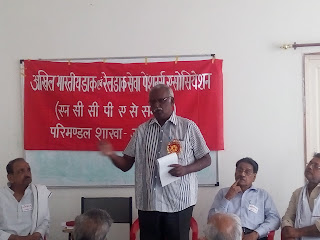 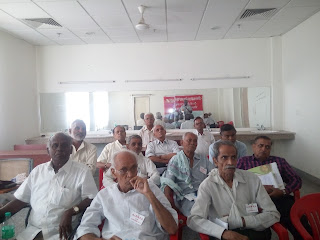 Posted by Postal Pensioners at 10:04 No comments:

CASE FILED FOR III MACP TO PROMOTEES IN CHENNAI CAT

AIPRPA is organising for a legal battle in Chennai Bench of CAT for the Promotees to get their III MACP in line with the Judgment of Jodhpur CAT. The first petition filed by Advocate Arun, who is also a member of Tamilnadu AIPRPA Legal & Defence Cell, has been admitted by the Honourable CAT today.

Other Petitions on behalf of other Promotees who were retired without granting the benefit of III MACP are being filed by the Advocate by batches.

This effort is because of the understanding that whatever be the final outcome of the Jodhpur CAT case that is now pending on appeal in the High Court of Jodhpur, the benefit may be applied only to the individuals who have fought legally a case in this matter. The Government had taken such a position not to extend the benefit to all and similarly placed candidates in the past on several cases.

AIPRPA CHQ suggests all our State Units to take appropriate action in this matter.