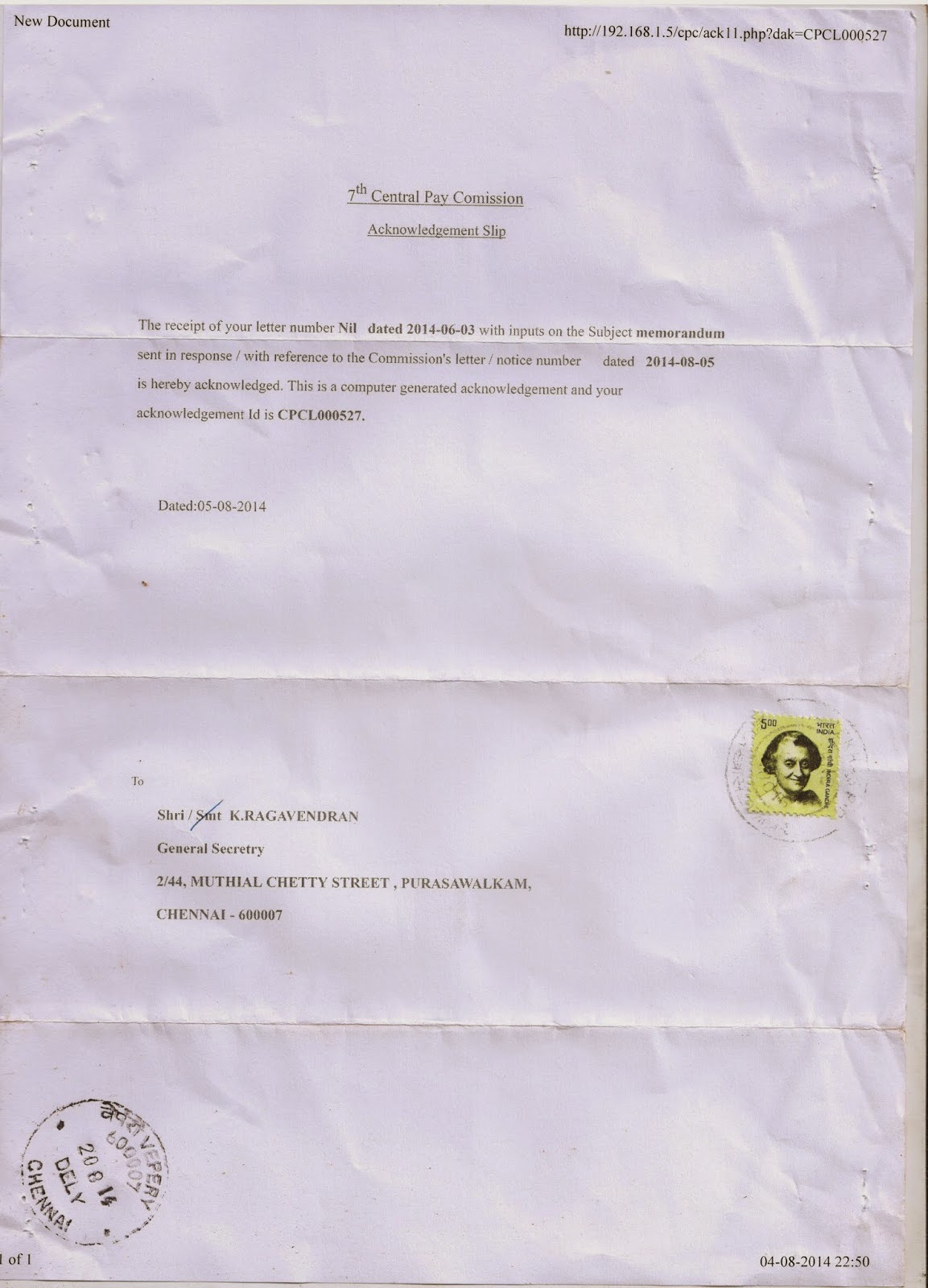 Posted by Postal Pensioners at 00:21 No comments:

BCPC WRITES TO MINISTER SEEKING JUSTICE TO ALL PRE_2006 PENSIONERS

Let Us Fight for Justice for all Pre-2006 Pensioners

At the same time the Government has filed another petition on the same issue in the Supreme Court against the judgment of another court and that hearing is coming up on 16th September, 2014.

BCPC has written to the Honourable Minister of State of Ministry of Personnel & P.G & Pensions of Central Government on this matter and has demanded that all pre-2006 pensioners should get the benefit. The letter of BCPC is produced below:

Sub:- Implementation of order of Tribunal in regard to modified Parity.

We would like to bring to your notice the bureaucratic distortion of orders of judiciary which if not corrected through your kind and personal intervention is bound to frustrate the entire community of pre 2006 retirees numbering more than 38.41 lakhs and force them to think that change in Government has been in vain as because the bureaucrats are even now being  have been allowed to misinterpret  judicial orders forcing affected pensioners to go to courts and thus multiply litigations in the country. While submitting the details of this case we also request you kindly to give us an opportunity to meet you to explain our request.

a).  The VI CPC in Para 5.1.47 of their report recommended that the fixation of revised pension as per the table given by them "will be subject to the provision that the revised pension, in no case, shall be lower than fifty percent of sum of the minimum of the pay in the pay band and the grade pay thereon corresponding to the prerevised pay scale from which the pensioner had retired".

b).  The Government of India in their Resolution No. 38/37/08-P&PW (A) dated 29.8.2008 accepted the above proviso by reproducing it per verbatim at item 12 of the statement showing the relevant recommendations and decision of the Government thereon (vide Annexure the said Resolution).

f).  This clarification was challenged by the Central Government SAG (S-29) Pensioners Association in Principal Bench of the Central Administrative Tribunal (vide O.A No. 655/2010). This Hon'ble Tribunal in their order dated 1.11.2011 quashed the above clarificatory order of Department of Pension & Pensioners Welfare dated 3.10.2008 and directed the respondents refix the pension of all pre 2006 retirees with effect from 1.1.2006 based on Government Resolution dated 29.8.2008.

Government of India then filed the following S.L. Ps etc.

h).     On 15.5.2014 the Hon'ble CAT Principal Bench New Delhi disposed of the contempt petition No. 158/2012 directing the Union of India to implement the directions of the Tribunal expeditiously, preferably within three months"

3.            The Department of Pension & Pensioners Welfare in their letter No. 38/77-A/09-P&PW (A) dated 29.5.2014 written to the Secretary of Petitioner Association (Central Govt. SAG (S-29) Pensioners Association) has stated that as per the directions of Hon'ble CAT their order dated 1.11.2011 is required to be implemented "only in respect of Petitioners in O.A. No. 655/2010 and not in respect of all pre 2006 retirees as per the Tribunals order dated 1.11.2011. There is no such direction that it should be implemented only in respect of Petitioners. May be that Government Advocate had indicated that Government is willing to implement the judgment qua petitioners but the Tribunal had disposed of the contempt Petition by directing the Union of India to implement their directions dated 1.11.2011 expeditiously.

4.            It will not be out of place to mention there that response to answer to Lok Sabha unstarred question No. 3406, the above directions of the CAT Principal Bench had already been implemented in respect of all pre 2006 retirees but from an arbitrarily fixed date of 24.9.2012 (vide Department of Pension & Pensioners Welfare O.M. F.No. 38/40/12- P&PW (A) dated 28.1.2013. It was not restricted to members of the Petitioners Association Accordingly the direction to implement it w.e.f 1.1.2006 has to be in respect of all pre 2006 retirees also.

5.            Bharat Central Pensioners Confederation which is the apex body of all Central Government Pensioners Federations and All India Associations therefore appeal to you to ensure the correct delivery of justice by implementing the above judgment of the Hon'ble Tribunal (which had attained finality) in respect of all pre 2006 retirees so that they are not pushed to seek justice though multiple litigations.

Posted by Postal Pensioners at 23:25 No comments:

Injustice to Pre-2006 Pensioners to be continued by New Government


Old Wine in New Bottle is the attitude of 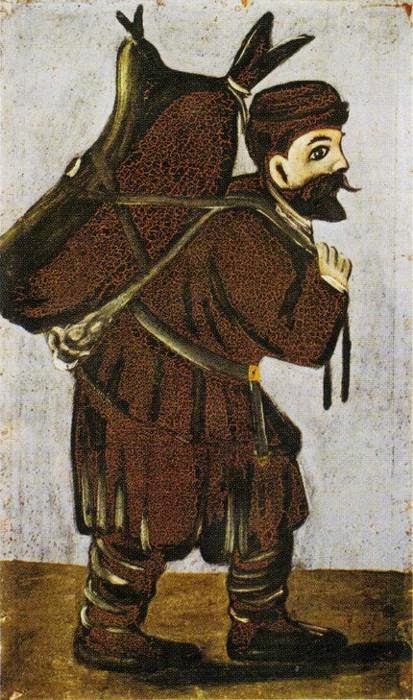 The New NDA Government has once again proved that it is no different from the earlier UPA Government.

The injustice perpetrated by the UPA Government to pre-2006 Pensioners is not only continuing but turning worse as the Government  has decided to implement the judgment of Principal Bench CAT judgment on contempt of court case only to the members of the Petitioners Organisations.

In addition the Government has filed another petition in the Supreme Court of India on this issue and the hearing is reportedly fixed on 16th September 2014.

We shall take a decision to fight out the stand of the Government by all means including legal.

Please wait for a detailed report on this issue which is expected to be placed in the website of NCCPA and Postal Pensioners by Secretary General NCCPA Comrade S.K.Vyas today.

Posted by Postal Pensioners at 22:49 No comments: