Tamilnadu State AIPRPA Conference is a show of its high standard of functioning and commitment! 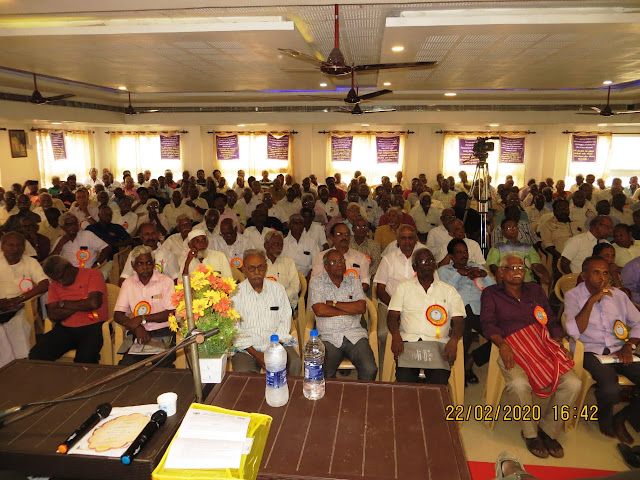 The deliberations of 4th State Conference of Tamilnadu State AIPRPA is indeed a show of its high standard on many aspects. More than 70 office bearers, 75 Delegates and 270 Visitors from 30 Districts / Divisions exhibited the strength of this number one organisation of Postal and RMS Pensioners.

The variety of leaders and their speeches show the organisation the importance of our mingling and identifying with social causes in Indian Society. The inaugural speech of comrade S.Venkatesan M.P., Dr.Venugopal Geriatrician., were highly educative on society and health respectively.

The speeches of leaders from our pensioners movement showed the need for strengthening AIPRPA and the unity of all organizations of pensioners in defense of social security under attack in this era of liberalization. The speech of former CPMG Seenu Brahmanandam underlined the importance of our good health and sacrificing activities for the cause of society. The advises rendered by CHQ advisor comrade KVS and the greetings from comrade K.Sivaraman the former NFPE Circle COC Convenor were shots in the arms of leadership. The speeches of leaders from sister organisation of AIBDPA highlighted the sprit of united pensioners movement of AIBDPA and AIPRPA in NCCPA.

The biennial report and the speech of State GS comrade P.Mohan exhibited the reality of organisation position of AIPRPA and its multi various activities.

The deliberations by District / Divisional Secretaries proved the sagacity of their combined knowledge on all issues of pensioners and their fighting sprit for unimplemented and unsettled issues. Their concerns and suggestions for struggles on pending issues like Implementation of Postmen/Mailguard higher pay scale from 1.1.1996; Induction training inclusion for TBOP/BCR; Implementation of 4600 GP to all pre-2006 Pensioners etc were examples of commitment as a community of postal pensioners.

The speeches of invited leaders from service associations and unions helped us to understand each other better in our need to bridge stronger bonds.

The presence of CHQ leaders including comrade Y.Nagabhushanam AP State Secretary  and S.Shanmugasundarraj Executive member of CHQ  and their interactions in this conference will help in strengthening the movement of AIPRPA in other states.

The summing up of debate by the State GS comrade P.Mohan and the concluding speech of GS AIPRPA comrade K.Ragavendran helped consolidation of our movement and further democratizing it.

The resolutions adopted are generally highlighting our cause and the final decision to organize a centralized demonstration in Chennai in April in line with the existing call of CHQ and the authorizing of State leadership to take a final call on this issue after meeting with the new incumbent Chief PMG are quite encouraging and welcome.

The Tamilnadu State AIPRPA organisation no doubt will emerge stronger and continue to play its important role in the all India movement of AIPRPA and NCCPA.

The chq congratulates the unanimous election of a new team with 113 office bearers headed by Comrades M.Kannaiyan as State President; P.Mohan as the State General Secretary; and G.Kumar as the State Treasurer. The CHQ is also happy that the State Association will get the advices for further consolidation from the two State Advisors of Comrade KVS (former GS P3) and Sri.Seenu Brahmanandam (former Chief PMG).

The Reception Committee headed by its Chairman the M.L.A., Sri.Murthy and the General Convenor Comrade S.Pandian in helping the State Association to organize this conference in a wonderful manner is really splendid. Thanks to the full team of Reception Committee and to the management of News College House who rendered total assistance in every aspect for our successful conference. - KR GS AIPRPA
Posted by Postal Pensioners at 05:18 No comments: 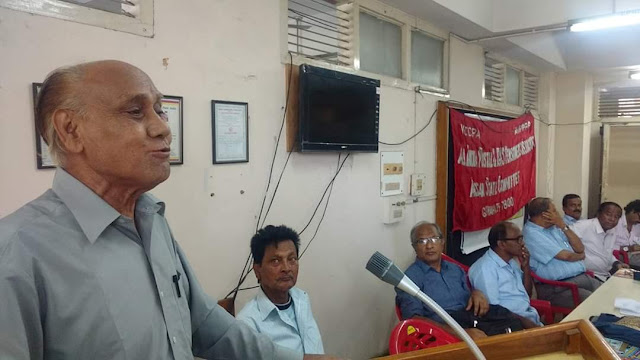 The demise of comrade  B.R.Lahkar is irreparable loss to our movement. A hero of emergency days in our NFPTE movement is no more. His founding of a pensioners movement and his consent to the merger with AIPRPA are legendary decisions. We were together attended Dhanbad Federal Council as Federal Councillors and his role in taking decisions on issues cannot be forgotten by me. Similarly we attended together the NCCPA 3rd All India Conference at Kolkata. I cannot forget my time spent in his house in Guwahati when i went to enquire about his illness. He was fully aware of all developments in our movement but could not speak due to cancer. A life long ardent trade union leader could not articulate was indeed a punishment to all of us. AIPRPA hopes his family will draw strength from nature to overcome deep sorrow. We dip our banner and flag in his fond memories! - K.Ragavendran GS AIPRPA
Posted by Postal Pensioners at 01:17 No comments: 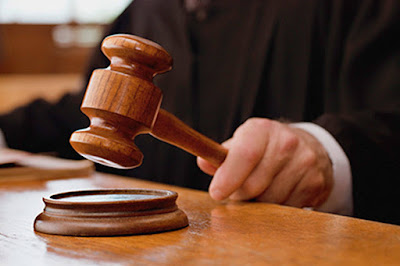 The Pre-2006 Pensioners case came up for hearing today in Chennai CAT and our Advocate argued the case. The GS AIPRPA was present in CAT to hear the arguments. The previous judgment of Madras High Court in a similar case granting re-fixation of pension based on upgraded scale implemented to serving officers is presented to judge by our Advocate. The Government pleader desired this case be heard by a Division Bench. After hearing both sides, the Judge has taken a stand that he will hear the arguments in a Division Bench with two Judges since the matter of pension is linked with higher pay.  The hearing stands adjourned to a Division Bench hearing on 10.03.2020. Let us go before the Division Bench with our side justified arguments.
Posted by Postal Pensioners at 05:11 No comments:

As I was in Chennai CAT to hear the arguments on Pre-2006 Pensioners case, I had the occasion to observe a GDS to Postman placed under NPS case argued by Advocate Arun. The arguments for more than one hour was very much interesting.

Advocate argued that though the Judgment of Supreme Court gives a finality on two points on which this CAT has no authority to take any stand against it, there is another law point that stands open and not negatived by Apex Court. He argued that the GDS service is a government service and there are two Supreme Court judgments clearly say so. The recent judgment of Supreme Court says that any shortfall to pension eligibility service cannot be adjusted from GDS service and that the year of vacancy cannot be taken into consideration. But that judgment did not say that GDS service is not a government service. While any short fall cannot be adjusted for pension qualifying service, the service of GDS itself cannot be dubbed as nongovernmental service. Therefore if promotion to Postman cadre falls later than 1.1.2004, the erstwhile GDS if entered before ,1.1.2004 as a GDS, then he should be brought under CCS Pension system only, provided his total postman service is sufficient for old pension system. This is the argument of Advocate Arun.