In the absence of any useful orders by the Directorate in response to the email of the CHQ as well as the letter of NFPE and All India General Secretaries, the Chief PMG and Chief PMG Karnataka who is holding additional charge of Tamilnadu have issued orders for payment of pension and pay on 1.4.2015 as cash or cheque.

The efforts taken by the Circle Unions of NFPE and AIPRPA in AP as well as the Circle Secretary of P3 Tamilnadu is responsible for these orders by the Chief PMGs. We thank the NFPE Circle Unions for their efforts.

AIPRPA CHQ also thank the Chief PMGs of Andhra and Karnataka for their consideration of the issues of Senior Citizens and Employees.

K.Ragavendran
General Secretary
Posted by Postal Pensioners at 04:32 No comments:

ANOTHER EMAIL TO SECRETARY DEPARTMENT OF POSTS ON PAYMENT OF PENSION ON 1.4.2015

This Association of Postal & RMS Pensioners is much concerned by the information received today that the CBS Circle Monitoring Team in the Circle Office of Hyderabad has emailed to all divisional heads on 25th March that Finacle will not function on 1st April 2015. Therefore it has been instructed that the pension to pensioners and salary to employees will be done only on the next working day. As you are aware that 2nd and 3rd are holidays to Post Offices, no pension and salary will be available to pensioners and employees whose pension and salary are attached to POSB in post offices of CBS system. Last year also this problem had occured but it was for a single day but this time the problem is serious  because of the continuous holidays. This Association once again requests you to personally intervene and ensure direct payment instead of putting it in SB account as a special case for this month. This urgent matter may kindly be given serious attention to mitigate any problem to the senior citizens.

Issues of Pensioners are going to be placed before Pay Commission today - The arguments placed by the Staff Side JCM National Council will be important on Pensioners issues even though some Pensioners Organisations will also likely to get opportunities to tender Oral Evidence later.

Gist of discussions held yesterday and today and the trend of discussions will be  placed shortly here after the same is made known by the attending leaders of JCM National Council Staff Side leaders.

Posted by Postal Pensioners at 22:09 No comments:

Sub: Pension payment for the month of March 2015 through POSB functioning under CBS – regarding.

This Association of Postal & RMS Pensioners draws your kind attention to the fact that last year on 1st April, 2014 no payment of pension could be disbursed through POSB on the request of Infosys due to some technical problems in the CBS. In fact all SB transactions were suspended on that day. Many pensioners were made to return home empty handed without drawing their pension on that day.

This year 1st April is followed by two holidays on 2nd and 3rd April for Mahavir jayanthi and Good Friday and therefore any recurrence of previous problem on 1st April will cause heavy hardships on pensioners as they could not draw their pension until 4th April, 2015.

This Association therefore seeks your kind intervention to prevent any such recurrence this year and if suspension of all SB transactions on 1st April is unavoidable, then necessary instructions may please be issued to all concerned for effecting payment of pension on 31st March, 2015 itself irrespective of the fact that no payment or pension payment is normally done on the closing day of the financial year.
Reply to our email on the nature of action contemplated will receive  our appreciation.


AIPRPA
Posted by Postal Pensioners at 11:41 No comments:

Kindly refer to the Pre-retirement counselling workshop to be conducted by the Department of Pension & Pensioners Welfare on 31st March, 2015, from 2.00 P.M to 5.00 P.M in the lecture room of India International Centre Annexe-40, Max Muller Marg, New Delhi – 110003.

While the action of Department of Pension & Pensioners Welfare is laudable, no purpose will be apparently served if prompt information does not  reach all concerned and all departments of central government do not take prompt action in circulating the message and facilitating relief in time to willing officials to attend the counselling workshop.

If the above workshop is intended only for employees retiring from the National Capital and not meant for employees of various departments working all over the country, then such an indication must have been made in the notification of the Department of Pension & Pensioners Welfare in its website.

This is for your kind information and for appropriate action.


All India Postal & RMS Pensioners Association
Posted by Postal Pensioners at 11:18 No comments:

JUSTICE DELAYED BUT DEFINITELY NOT DENIED

FILED BY GOVERNMENT AGAINST 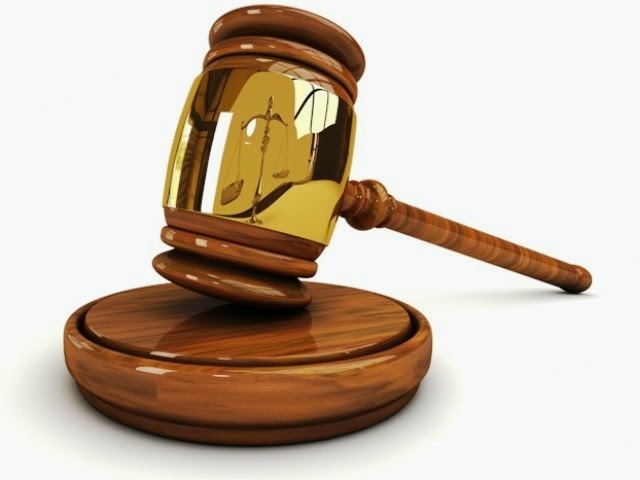 All of you may be aware that the Government through its latest order of the Department of Pension & Pensioners Welfare tried to clarify as to why it had implemented only for S-29 Scale retirees and not for all other pre-2006 pensioners. In that order it had stated that unless and until the remaining three SLPs are not disposed of finally by the Apex Court, the Government will not implement the judgment of CAT Principal Bench for all pre-2006 pensioners.

The Government has finally met its waterloo today wherein the Apex Court has categorically dismissed all pending SLPS in this matter. There appears to be no other way for the Central Government now but to implement the pensioners favourable judgment to all categories of Pre-2006 Pensioners.

We hail the judgments of Honourable Supreme Court of India.

We hope the Central Government will at least now understand that it cannot for ever cheat the senior pensioners who toiled throughout their life for the service of Government.

This marks a great victory for the persistent struggle launched by several organisations of pensioners against the unjustified stand of the Central Government.

Even though this judgment will not bring Full Parity in Pension to all past and future Pensioners as we are continuously demanding since the retrograde recommendations of 6th CPC were known, it is definitely a great victory on the face of misinterpretation of the 6th CPC recommendation by a section of bureaucrats after initially accepting and ordering for implementation of pay commission recommendations to the extent of calculating minimum pension on the basis of  pay in the pay band of each cadre   instead of minimum of pay band.

This judicial victory prior to conclusion of enquiries by the 7th CPC is expected to go a long way in favour of lakhs of pensioners in determining the pension for all past pensioners through the recommendations of 7th CPC. We wish all Pensioners Organisations while submission of their oral evidence before the Pay Commission shall underline the importance of this judicial victory as well as to impress upon the Chairman of 7th CPC for Full Parity in Pension to past and future pensioners.

Posted by Postal Pensioners at 11:47 2 comments:

One Rank One Pension to Armed Forces Personnel

ONE RANK ONE PENSION ORDER FOR ARMED PERSONNEL  BY 30TH APRIL

PARITY IN PENSION FOR ALL CIVILIAN PENSIONERS 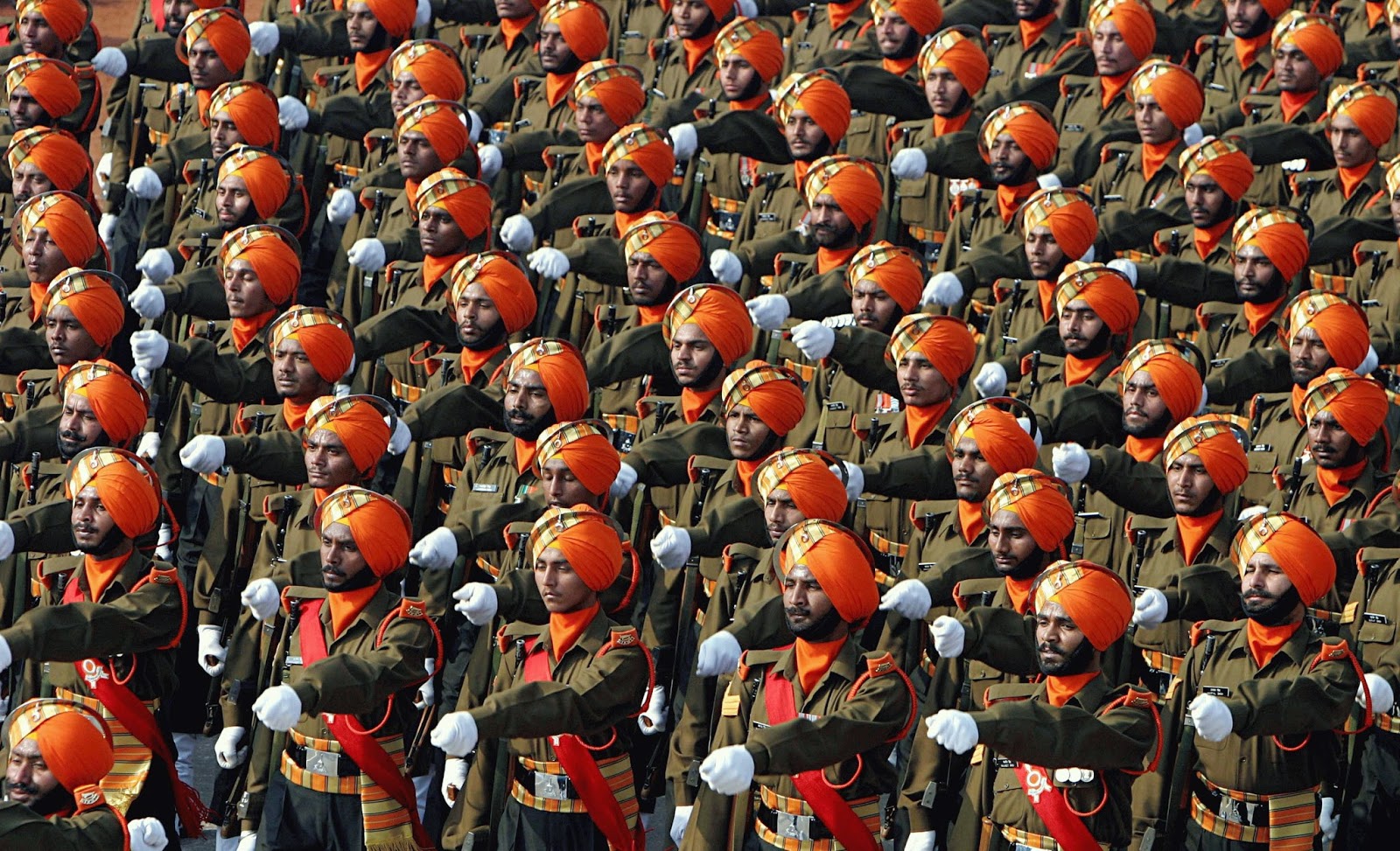 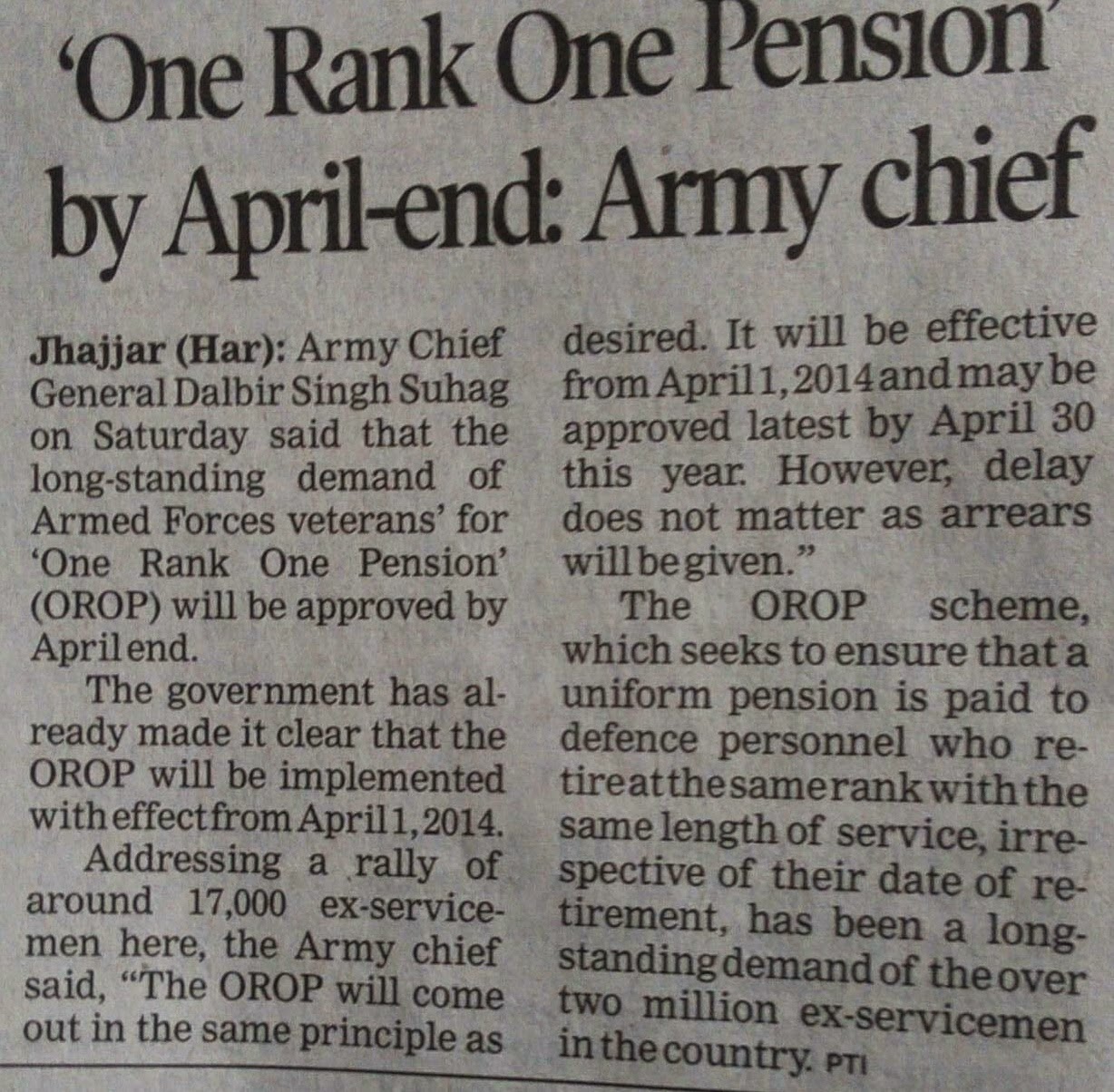 THIS SHOULD BECOME THE MAJOR DEMAND OF ALL PENSIONERS ORGANISATIONS

The Army Chief General had informed that the orders of the Government granting One Rank One Pension to Armed Forces Personnel will be issued by end of April and that the arrears will be paid w.e.f. 1.4.2014.

The demand for One Rank One Pension was consistently being raised by the Armed Forces personnel and we may remember that the earlier UPA Government on the eve of the General Elections had approved it in the Cabinet meeting. After considerable delay, the present Government appears to have made up its mind to grant the same. As per the One Rank One Pension formula every Pensioner of the Armed Forces will be brought on the new pay scale recommended by each pay commission and equal number of increments on par with the number of service put in the particular rank in which he had retired to determine his pension fixation. This will bring jubilation to both in service Armed Personnel as well as all the Pensioners of Armed Services because automatically any higher pay scale granted by pay commission is made available to the past pensioners also and the number of increments in that cadre he had put in before his retirement is taken into account to add the number of increments in that pay scale.

This should strengthen the resolve of the Civilian Pensioners to get the demand of Parity in Pension to all past and future pensioners by which every past pensioner is notionally fixed in the revised pay scale as though he was in service and then his pension is re fixed. This alone will remove all anomalies existing by the so called modified parity recommended by VI CPC and implemented by the Government.


General Secretary AIPRPA
Posted by Postal Pensioners at 10:00 No comments:

The Conference ended with a firm resolve to build the organisation strongly in all districts.

Posted by Postal Pensioners at 03:49 No comments:

JUSTICE TO PRE-2006 PENSIONERS GETTING DELAYED 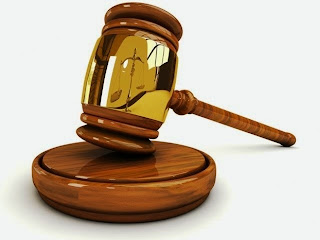 Government clarifies that S-29 Scale Pensioners alone were given effect from 1.1.2006 based on final orders by Supreme Court.

The orders of the Department of Pension & Pensioners Welfare is as  under:

The orders for implementation of the decision taken by the Government on the recommendations of 6th CPC for revision for pension of past pensioners were issued vide Department of Pension & Pensioners' Welfare's OM dated 1.9.2008. The provisions of Para 4.2 of this OM were clarified vide this Department's letter dated 3.10.2008.

3. A large number of representations from pre-2006 pensioners are being received by the Department of Pension & Pensioners' Welfare for extension of benefits similar to what had been allowed in case of OA No.655/2010 by CAT, Principal Bench, New Delhi.

4. In this context, it is informed that four Writ Petitions were filed in the High Court of Delhi challenging the order dated 1.11.2011 of Hon'ble CAT in four OAs. These petitions were dismissed on 29.4.2013. Subsequently, four SLPs were filed in the Hon'ble Supreme Court over a period of time against the said order of the Hon'ble High Court. Of the four SLPs, the one pertaining to Central Government SAG (S-29) Pensioners' Association which was first in the series of said SLPs, has since been dismissed by the Hon'ble Supreme Court on 29.7.2013. As the Review Curative Petition against the said order dated 29.7.2013 also failed, the Government of India decided to comply with the order by extending the requisite benefits to the parties involved in the said SLP. As regards the other three SLPs (Nos.36148-50/2013), Hon'ble Supreme Court in its order dated 19.11.2013 issued notice and made the following observation: .

"Learned Counsel for the respondent submits that during the pendency of these petitions the respondent-writ petitioners shall not precipitate the matter by filing contempt proceedings either before the High Court or before the Tribunal. That statement is recorded. "

6. This is the information.

7. The outcome of SLPs under reference in Para (4) would be brought to the notice of all Ministries /Departments.


Posted by Postal Pensioners at 18:40 No comments: