Towering Leader of Left in India Comrade A.B.Bardhan No More

Comrade A.B.Bardhan one of the towering leaders of Indian Left Movement has breathed  his last on 2nd January, 2016. It is very sorrowful to see that the dawn of the New Year 2016 comes with the shocking news of the demise of Comrade Bardhan. We can remember that Comrade Bardhan played a major role in unifying the left forces in India as well as the trade union movement in India. The coming together of all trade unions in one platform is a prerequisite to put up a strong offensive against neo-liberlism that is attacking the interests of all sections of working people all over the world. Comrade Bardhan's demise is an irreparable loss to the Indian Working Class, Indian People. AIPRPA CHQ pays its profound homage to the departed leader Comrade Bardhan! We dip our banner and flag in respect of Comrade Bardhan! 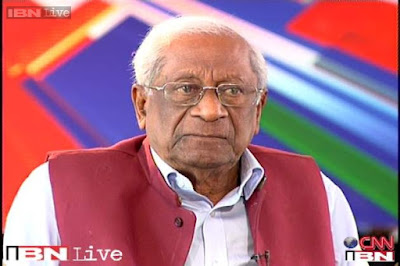 Posted by Postal Pensioners at 20:14