Games are deceiving only but players to defeat the deceipts! 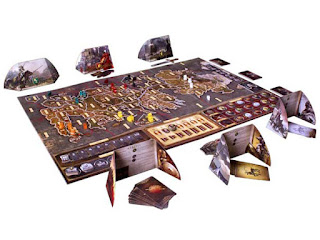 The government and the top bureaucracy are playing a game of Deceipt! The Cabinet Secretary played a game by blaming the Pension Secretary for blocking option 1. Cabinet played its game on 30th June, 2016 as though it accepted option 1 and 2 but with a strong rider of 'if found feasibile'! The government played another game by appointing the same Pension Secretary as Chairman of High Level Committee to enquire 'feasibility' of option 1! Pension Secretary played a game by offering 5th CPC formula as option 3 in lieu of option 1. But he twisted his recommendations by altering the 5th CPC recommendation by deleting 'pay scale of the post/cadre' and substituting with 'replacement pay scale of the pensioner' to continue to deny even any prospective justice to Pre-2006 retirees! Cabinet played a publicity game in its press release on 3rd May, 2017 by stating it approved a better beneficial formula than option 1 to pensioners! Officers played the whole game because their 'class' will not get any major benefit by option 1 of 7th CPC because their promotional ladder is so fine that they never stagnate! Overall the government and bureaucracy combine is playing a fine game of Deceipt by denying any modification if 7th CPC report is beneficial to government; and by twisting the report by arguing on feasibility if the 7th CPC had offered any benefit to pensioners and employees! A game of Deceipt indeed; but we are not brainless to lose sight of the intentions of government! But the question is are we optimistic enough to force the government to stop its nasty game by real struggles! Staff Side to step up its battle cry; pensioners organisations to feel the urgent need to unite and resort to street as like veterans fought for OROP! Ball is in our hands! - KR GS AIPRPA


Posted by Postal Pensioners at 04:28