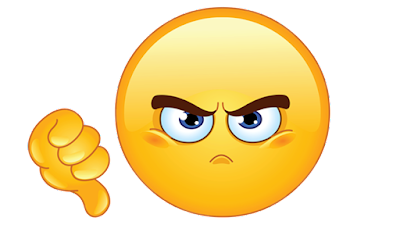 The GO on FMA enhancement was issued by the Department of Pension on 19.07.2017. Immediate endorsement by the Postal Directorate would have ensured payment to all Postal Pensioners along with July Pension itself. Though several HPOs had made the payment based on the GO, many other HPOs are awaiting the formal endorsement of Department of Posts. Therefore it is now doubtful as to whether the payment will be effected at least along with August Pension. The CHQ had addressed the issue seeking endorsement on 10th August itself. As we are receiving anxious calls from many quarters, we approached the Directorate through the help of NFPE Secretary General. On his intervention he was informed by the Postal Directorate that the said orders had been circulated already. As we could see in the Department website, the GO is marked for circulation by an officer on 1/8/2017. However formal endorsement seems not to have been issued so far in the proper format. The CHQ had no other go but to send another Email to the Secretary Department of Posts for his immediate personal intervention. The copy of letter addressed and sent to Secretary DoP by Email is placed here-under for ready reference.

AIPRPA / FMA / 2 / 8 / 2017 Dated 25th August 2017
To
The Secretary
Department of Posts
Dak Bhawan
New Delhi – 110001
Sir,
Sub: Non-endorsement of FMA orders by Department of Posts and delay in disbursement of enhanced FMA – regarding.
Ref: (1) DoP&PW OM No.4/34/2017-P&PW(D) Dated 19.07.2017
(2) AIPRPA / FMA / 1 / 8 / 2017 Dated 10th August, 2017
This Association of All India Postal & RMS Pensioners is aghast to see that the website of the Department of Posts (India Post) under Employees Corner carries the order of Department of Pension & Pensioners Welfare on grant of FMA with a marginal noting of the Officer Shri ‘Raj Kr’ dated 1/8/2017 as ‘Pl circulate it to circle office’. Whether this can be taken as endorsement and payment can be effected or to wait for proper format of endorsement is perplexing. Unfortunately this order is yet to be circulated or endorsed by the Directorate to Circles and Regions in the proper format of endorsement. The payment of enhanced FMA is withheld in many Head Post Offices for want of endorsement orders from the Postal Directorate. The lack of importance shown to such an important financial order benefiting scores of pensioners is painful to us. The payment of enhanced FMA is not drawn consecutively for the second month despite issue of GO by Government as early as on 19.07.2017.
Naturally thousand of postal pensioners are much anguished and undergoing stress over the avoidable delay. This Association urges upon your personal intervention to cause to immediately endorse the above orders in the proper format of endorsement usually done for the Government orders. This Federation also requests you to consider as to whether all orders of Department of Pension can be directly downloaded from the Pensioners Portal and given effect to without waiting for formal endorsement by the Directorate as is being the case in the issue of Dearness Relief in future to avoid unnecessary delay by the responsible officers in the Postal Directorate.
Thanking you
Yours faithfully,
K.Ragavendran
General Secretary
Posted by Postal Pensioners at 11:33