THOUSANDS OF GRAMIN DAK SEWAKS MARCHED BEFORE PARLIAMENT UNDER THE BANNER OF AIPEU GDS [NFPE] ON 11.12.13
A huge rally of Gramin Dak Sewaks under the banner of All India Postal Employees Union - GDS [NFPE] undertook a March to Parliament demanding Departmentalization to get all benefits including the Pension on par with regular Government Employees as well as demanding inclusion of three lakhs of GDS into the purview of 7th CPC.
On a day in which a number of Parliament Marches were organised in the Jantar Mantar area before Indian Parliament by various Working class organisations as well as by different organisations including in support of Anna Hazare fast, the GDS Rally stood out to be a spectacular one taking into account the sheer strength of GDS gathered before Parliament from all States and and from all corners of the Country at the call of the NFPE as well as the AIPEU GDS [NFPE].
Honourable Members of Parliament; Leaders of Central Trade Unions; Leaders of Confederation of Central Government Employees; and Leaders of NFPE and its Affiliates addressed and expressed total support to the cause of the GDS.
The Rally responded with high pitch slogans to every mention by every speaker that the GDS and the Postal Employees as a whole will  launch an indefinite strike if the Government and the DOP refuse to include the issues of GDS under the purview of 7th CPC.
It is acknowledged that the unity and the consensus over the inclusion of GDS into the ambit of a CPC was never so strong  in the history of the movement. Similarly the Rally of the GDS turned out to be the largest one in the history of the GDS movement over decades. 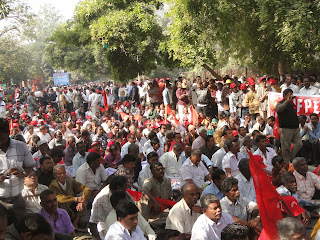 A view of rally 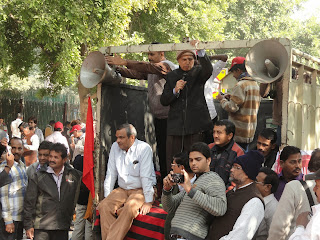 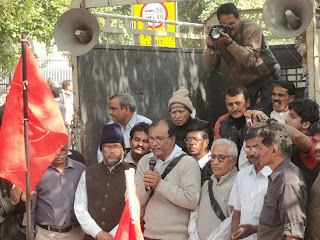 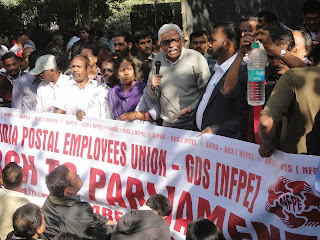 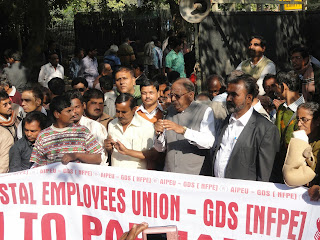 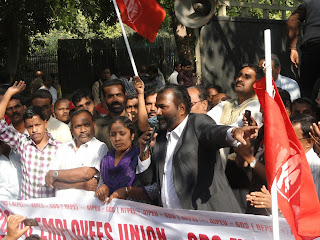