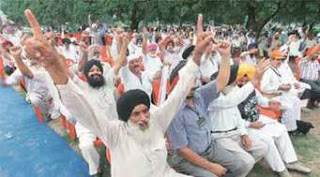 The Pensioners of Armed Forces not satisfied with the dilly dallying of their main demand 'OROP'- One Rank One Pension - by the Central Government, started their peaceful agitation in 'Jantar Mantar' the scene of historic struggles in New Delhi and sat through for 82 Days continuously on agitation. Several rounds of discussion by the Government that did not satisfy the Pensioners, boldly refused to withdraw their agitation. Their determination ultimately brought them some success and the Central Government yesterday accepted the main demand of 'OROP' for retired armed personnel. This is a great victory that teaches all the other civilian pensioners several lessons. The unity and determination as well as the guts to go to the streets on agitation until their demand is accepted is a valid lesson that every civilian pensioner should learn. The unity among the all Pensioners organisations and a purposeful united action to win the "Pension Parity between the past and future Pensioners" alone can help us to win our basic demand of Pension Parity. Such a wonderful unity in action has to come about and AIPRPA shall work in that direction.

Though the voluntary retired army personnel will  not be covered under the OROP scheme, the victory is nonetheless a spectacular one. AIPRPA congratulates the Veterans for their unwavering struggle for justice! 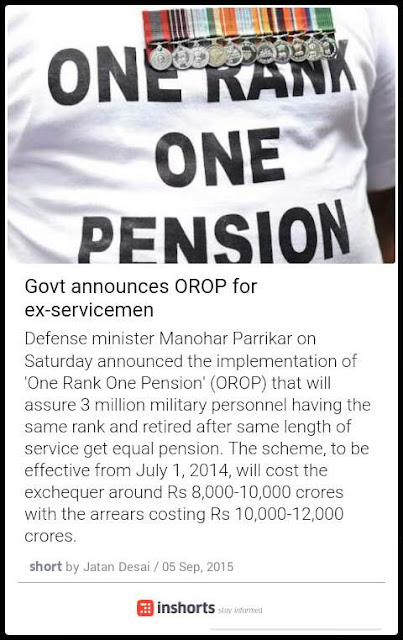 Posted by Postal Pensioners at 18:49