A Great Leader of CG Employees Movement and Left Movement is No More! 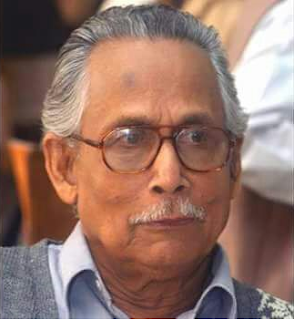 Comrade Dipen Ghosh is one of the most known leader-cum-left politician of the country! He started his career as an employee of Survey of India sector in Kolkata. He grew as a towering trade union personality and not only the GS of his organization but also the West Bengal State CG COC General Secretary and led all the movements. He had led the employees movement not only at the state level but also at National forums. He was the Vice President of All India Defence Employees Federation. Twice he remained in jail custody for 23 months. He was detained without trial under MISA for his active involvement in the historic Railway strike of 1974. During the dark days of Emergency he was imprisoned for 19 months at a stretch and was dismissed from his job. Later he was reinstated after protracted legal battle.He held the post in CG COC until he became the Rajya Sabha Member of Parliament. As a parliamentarian his twelve years role was also memorable to us for his great debates on peoples issues. He used to be invited in a number of All India Conferences and NFPE Federal Councils as well as All India Conferences of Confederation. He was also looking after the work of management and editing area of People's Democracy weekly. A great personality is no more! He passed awaybin Kolkata on 13th November, 2016. AIPRPA CHQ dips its banner in honour of comrade Dipen! - KR GS AIPRPA
Posted by Postal Pensioners at 06:33