AIPRPA to join protest with all Middle Class Unions in Chennai! 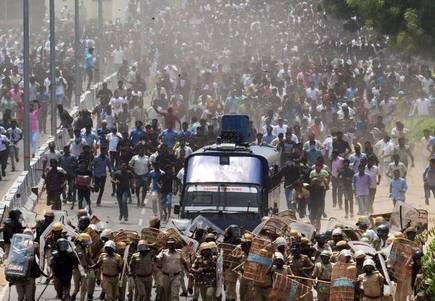 All middle class Unions in Chennai City will  hold protest demo against reckless police firing that killed 13 people who were protesting the exixtence of multinational Sterlite Factory in Tuticorin. The demonstration will be at 5.00 P.M tomorrow (25.05.2018)  in front of LIC at 'Bombay Mutual Building' at Parry's Corner in Chennai. AIPRPA CHQ calls upon all our members in Chennai and surrounding divisions to attend with our banners and show support to an important issue of people of Tuticorin District. - KR GS AIPRPA - S.Santhanaraman State GS Tamilnadu - M.R.Meenakshisundaram District Secretary Chennai AIPRPA.
Posted by Postal Pensioners at 05:33