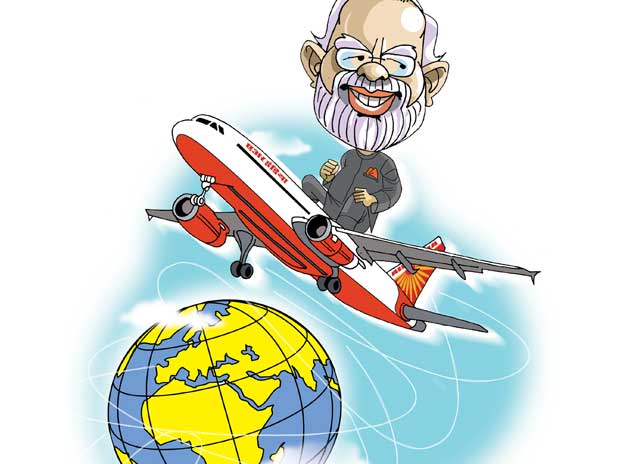 The honourable Prime Minister has gone on official visit to Thailand, Malaysia and Singapore! In India there is more than 90% GDS on strike for 9th day! Unable to sort out an issue  of his own government employees on indefinite strike is expected to sort out national and bilateral issues in foreign countries!! May be some Corporates interests require his immediate attention that warranted a foreign trip! We earlier projected the existing condition on par with buffalows  enjoying the rains when GDS go on strike! Now, there seems nothing excess in conceptualising the inaction of government like that!

GDS are rural face of India Post; GDS are the backbone of inclusiveness of rural population; GDS are the vital force for the government's digital India moves; Importance of GDS was categorically stressed by Kamlesh Chandra Committee; But the Central Government is least bothered about the discontentment of these large section of work force!

Media focus - Public support - gathering Parliament Members effective intervention are absolutely essential. Postal movement is closer to all theoretically! What is the hurdle in practically taking up this task to heart and approach these important sections to strengthen the strike? Please galvanize! Government is to be brought into senses!!
- KR GS AIPRPA

Posted by Postal Pensioners at 02:52