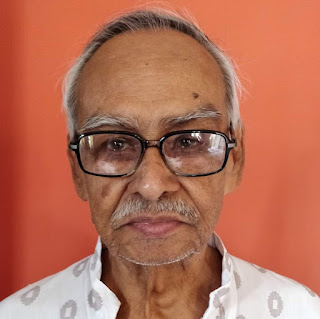 Our Working President of NCCPA and former Assistant General Secretary of NFPE P3 CHQ comrade S.S.Roy has been taken away from all of us by the Corona! He was reportedly tested positive but breathed his last in hospital after unsuccessful efforts to save him.

Even last month he actively participated in the NCCPA video conference and placed his views effectively as always. In all forums he used to be very effective in placing his ideas with concrete facts. He never speaks without authenticated truths.

He led West Bengal Postal and CG employees in various capacities and also the united pensioners movement. We are shocked and at a loss of proper words to express our deep sorrow. We lower our flags and banner in respect of comrade Shib Sankar Roy!
Posted by Postal Pensioners at 20:51