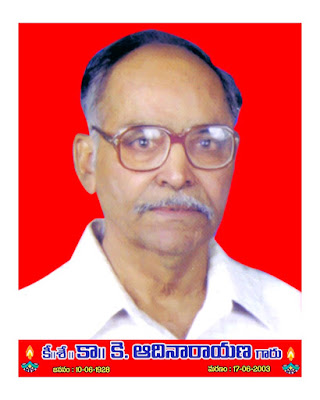 Comrade Adi was a legend and no other leader could influence us in the movement like him. It is his remembrance day today!  He showed absolute respect to all his senior leaders. His skill in oration and capacity to draw absolute silence during his standing before the podium were exceptional. No other leader could organize such a number of strikes and indefinite strikes as the chief executive of postal Federation is still standout as an unerasable record. He could create such an impression in the top bureaucracy which was very rare among leadership. His fearlessness, his leadership, his commitment, his simplicity, his ability to attract even his adversaries are remembered always. Long live his memory and fame - KR GS AIPRPA

Posted by Postal Pensioners at 22:15