Option No.1 not acceptable to Pension Secretary! But ready to offer more?!

Option No.1 Vs Parity of 5th CPC Formula!? 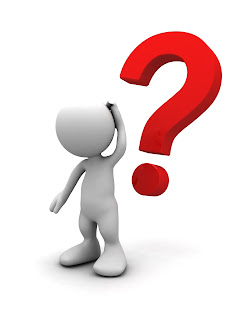 High Level Committee headed by Pension Secretary held its discussion today with JCM Staff Side Standing Committee leaders of NJCA. Comrades Shiv Gopal Mishra and KKN.Kutty NCCPA President and Secretary General attended. Official Side is not agreeable to Option Number 1 recommendation of 7th CPC! All are aware that Option Number 1 is for notionally taking into account the number of increments earned in the level before retirement before fixing 50% of the sum as revised pension from 2.1.2016!

Right from Day 1 the Pension Secretary is maintaining his objection on the grounds of non-feasibility on the grounds of non-availability of service records. Staff Side explained that there are many other records to clearly establish number of increments earned. But Pension Secretary, who is incidentally the Chairman of High Level Committee is firm on his objection in the meeting held today (7.10.2016). On the other hand, the Official Side stated that the Parity in Pension as recommended by 5th CPC may be acceptable!

5th CPC recommendations stated that all Pre-1996 Pensioners should be notionally brought on step by step to every pay scale of the same post or cadre by considering the pensioner as if he was on service to notionally fix his salary to determine his revised pension!

If this formula is properly applied, then all Pre-2006 should be notionally brought on to the pay scale of the post or cadre as though they continued in service to redetermine his basic pension from 1.1.2006 6th CPC level first; and secondly calculate in the same method to bring on to the pay scale of the same cadre to 7th CPC level to fix his revised pension from 1.1.2016!

The Govt was reminded that 5th CPC formula may cost the exchequer more than Option No.1! But High Level Committee said the Govt (Finance) can be convinced!

Next meeting of this High Level Committee is on 17.10.2016! All are requested to analyse the comparable positions between Option No.1 vs 5th CPC formula and place your considered opinion under comments without fail! - KR GS AIPRPA


Posted by Postal Pensioners at 07:36