Common Cause stands with Pensioners!

Common Cause NGO contacted by CHQ! 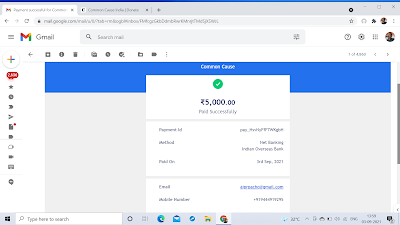 Dear Comrades - The role of the NGO 'COMMON CAUSE' in highlighting some very important issues of Pensioners in the Supreme Court and forcing the Government of India to accept a position in our favour is already explained by the General Secretary AIPRPA in the 'Commutation of Pension' video in the YouTube CHQ Channel. It was this NGO 'Common Cause' mainly instrumental in both the important court cases we won in the Supreme Court on 17.12.1982 in the landmark judgment that Pensioners as a class shall not be divided by any artificial cut off date; and also on 09.12.1996 in another landmark judgment that fixed the restoration of commutation of pension after 15 years! Common Cause was the third Plaintiff in the Nakara Case and the only plaintiff in the Commutation of Pension court case.

The AIPRPA CHQ also established a contact with the 'Common Cause' and requested the organization to present the main paper in the virtual webinar to be organized by the CHQ on 17.12.2021 'National Pensioners Day'. We are assured of a response soon by the NGO Organization.

Meanwhile, the CHQ has donated a sum of Rs.5000/- (Five Thousand only) as a token of our acknowledgment. An appeal to directly donate to the Common Cause will be made on 17.12.2021 in the virtual webinar itself by the CHQ.

Posted by Postal Pensioners at 01:54