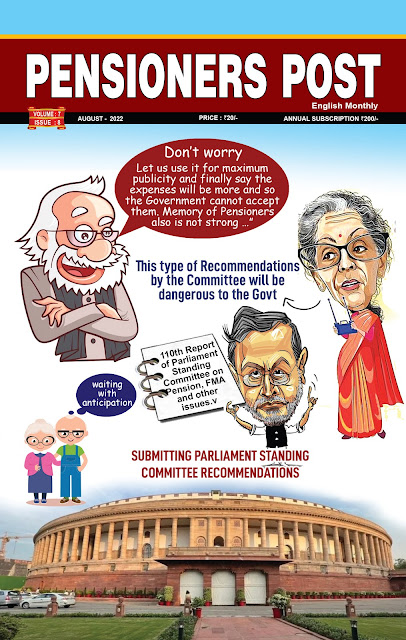 Pensioners Post August issue layout is completed and gone for printing. The issue contains editorial on 10th Postal Strike and also a special article on the issue. It also contains articles on NPS and about Pension in USA. The legal portion contains important aspects of Madras High Court judgment on Promotees MACP and the task of petitioners. A write up on Parliamentary Standing Committee and the role of Pensioners also is incorporated in this issue. Usual features like Pensioners Mirror, Box Matters, Around States etc also covered.The wrapper contains photos of AIPRPA solidarity action on 8th August to the Postal Strike and also the Dharna conducted by Jharkhand State. The front wrapper is given above for your consumption - KR Editor PP

Posted by Postal Pensioners at 09:58