Confederation and All India State Govt Employees Federation on Action! 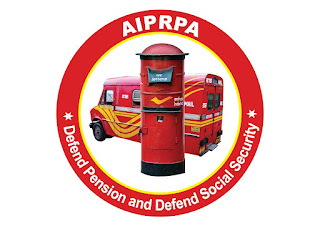 Confederation and AISGEF proposes a programme of Action on a Charter of Demands in a meeting held at Faridabad on 6th September 2022!

AIPRPA suggests enlarging the protest action by initiating talks with JCM Staff Side and AIDEF!

2. Regularise all contractual / outsourced / daily waged employees; Fill up all the

6. Remove all riders and restrictions on compassionate employment

Programme of Action decided in the joint meeting if the issues are not taken for notice up to 30th October, 2022 are as follows:

d.  Poster, handbills etc. should be prepared and distributed in due course.

e.  Independent campaigns should be initiated during March, April, and May, 2023.

AIPRPA as a class-conscious organisation extends full support. We understand that unless the privatization move of the Government is stopped, there is no future for the pensioners. Similarly, the NPS should be opposed and scrapped. The ambit of joint protest can be further expanded with the inclusion of JCM Staff Side and the AIDEF. The AIDEF is already launching a strong movement against NPS by organising a big rally in the national capital. The leaders of Confederation and AISGEF will definitely think all aspects and enlarge the ambit of protest against the Central and State Governments. – KR GS AIPRPA

Posted by Postal Pensioners at 19:47