AIPRPA CHQ CALLS UPON TO OBSERVE THE FOLLOWING PROGRAMMES 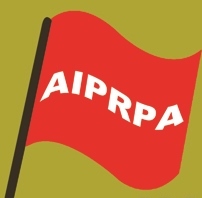 SOLIDARITY TO POSTAL STRIKE ON 1-2 DECEMBER 2015

The Postal Employees are going on strike on 1-2 December, 2015 on their charter of Demands with importance to refer the GDS wage revision issue to Justice Mathur headed Commission. FNPO is expected to join in the strike. AIPRPA is extending its solidarity and calls upon all to conduct solidarity demonstrations on the first day of strike viz., 1.12.2015.

The Pensioners Day has to be observed as usual on 17th December to commemorate the great fight carried on by U.S.Nakara for safeguarding the principle of Pension as a matter of right to all Government Employees. Hold special gatherings in all places and hold Seminars on Attacks on Social Security under neo-liberalism and celebrate the day in a befitting manner.

All are kindly requested to send reports of observence of these three programmes.