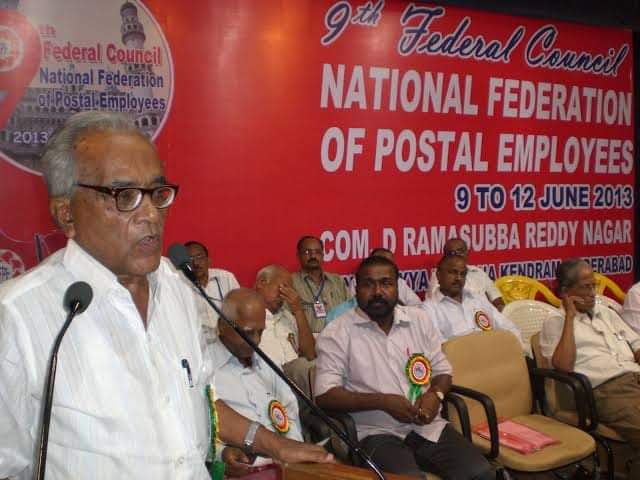 It is with extreme sorrow that we intimate the passing away of comrade R.L.B fondly called as Rubida in Kolkata today. He was our Dy SG NFPE since Dharwar Federal Council in 1992 to Kolkata FC in 2001. He led many heroic struggles and the14 days strike of 2000 was really historic. A very hard and tireless worker despite health conditions, used to work very late in federation office in Delhi's hard climate. His guidance and help to me in NFPE was really instrumental in shaping me to shoulder higher responsibilities in postal movement.  He also led the pensioners movement and is the Patron of NCCPA too. He was once the Chairman of WB State Government Pay Commission also.  We have lost a towering leader of CG, Postal employees movement and pensioners movement. We dip our banner in honour and respect of our beloved departed leader! - KR GS AIPRPA
Posted by Postal Pensioners at 06:27