State / District / Divisional Secretaries of AIPRPA to act immediately!
Rush to the aid of Odisha State Association of AIPRPA!
The SSPOs Cuttack Division is behaving totally against the Pensioners and shows her autocratic behaviour towards our Pensioner leader! 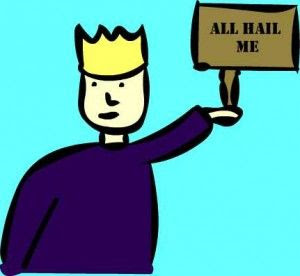 The 1st Phase of agitation by the AIPRPA is over on 13th September 2019, when many States / Districts / Divisions conducted demonstrations and submitted a memorandum to the Prime Minister of India through the SSPOs / SSRMs. The programme was generally peaceful and without any untoward incidents as we the senior citizen pensioners of Postal & RMS are not interested in escalation of any tension. The general report is that everywhere the SSPOs / SSRPMs have supported our programme and accepted the memorandum and forwarded it to the Honourable Prime Minister of India. The CHQ is highly grateful to all those officers, who could understand the feelings of the retired officials of the Postal Department. This way, the 1st Phase is a grand success.

However, we are shocked to see that one SSPOs is acting differently and refused to meet our AIPRPA delegation on 13.09.2019. She did permit only the Secretary Comrade R.N.Dhal to come in alone into her chamber to hand over the memorandum. But when he entered to submit the memorandum she shouted in loud voice asking him to get out! The behaviour of the SSPOs Cuttack Division is unparliamentary and boorish towards the representative of the retired officials of the Postal Department. The acceptance of memorandum and forwarding it to the Prime Minister would not have hampered her great job to the nation! The District Association is  launching a dharna demonstration on 20.09.2019 to protest the attitude of the SSPOs, nut permission to hold the dharna demonstration on 20th also refused by the SSPOs. Now the Association is in a position to launch the demonstration outside by seeking the permission of the Police!

But not only she had behaved in this unruly manner but we are not clear as to whether the permission to  hold Dharna on 15.10.2019 at the call of the CHQ as the third phase could be granted or not! The attitude of this single officer in the whole of India is anti-pensioners and anti-retired employees of Postal & RMS! A letter by the CHQ to the Secretary Department of Posts to intervene has also been sent by email. We learn that the State Association of Odisha also had addressed the issue to the Chief PMG for intervention. The attitude of the SSPOs, who is a newly recruited IPOS officer, is quite shocking to all of us; but nevertheless not altogether unexpected, as we have seen such autocratic officers now and then during our long experience in the P&T Trade Union movement.

The AIPRPA CHQ requests all State / District / Divisional Secretaries to send a protest letter to the Secretary Department of Posts immediately in the following manner in the letter pad of the State / District / Divisional Associations. The protest letter may be either sent by email to the Secretary (secretary-posts@indiapost.gov.in) or by E-Post from Head Post Offices, which is very easy and economical and can be typed in our letter pad in A4 size:
“To
The Secretary
Department of Posts
Dak Bhawan
New Delhi -110001

Sir,
Sub: Request to cause to rein in the SSPOs Cuttack Division and ensure democratic practices under her administration – regarding.

The SSPOs Cuttack Division had behaved unparliamentarily and boorishly towards the State General Secretary and the representative of the Odisha Postal & RMS Pensioners AIPRPA Association on 13.09.2019 while the latter tried to submit a memorandum to the Prime Minister through her at the call of the CHQ of our Association. The same event throughout India was calm and peaceful while this is the only Officer who stood out to behave like an autocratic ruler. She is forgetting the fact that showing disrespect to the past postal employees who have rendered yeomen service for the progress of the Postal Service is least expected from an officer under the general dispensation of the Directorate and the Government. She is continuing the trend and is refusing permission to hold any peaceful programme in her campus. We pray for  your kind intervention to cause to rein in this lady officer, who is a fresh recruit and lacks the basic knowledge of the amity that exists between the Officers and the Association leaders in the Department of Posts generally in all  places.

Posted by Postal Pensioners at 08:30